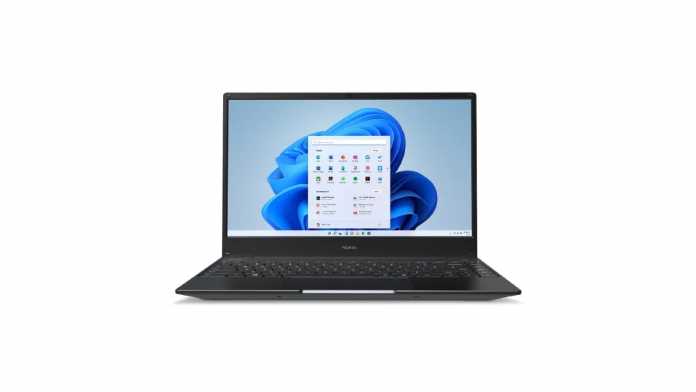 Flipkart announced the new Nokia PureBook S14 on Tuesday. It will be available starting October 3, the start of the Flipkart Big Billion Days Deals. The new laptop is powered by an 11th-generation Intel Core CPU and runs the latest version of Microsoft’s Windows operating system, Windows 11.

The Nokia PureBook S14 is priced at Rs 56,990 for the basic model and will go on sale on October 3 as part of Flipkart’s  Big Billion Days Deals event. The laptop would be only available via Flipkart.

Specifications and features of the Nokia PureBook S14

The Nokia PureBook S14 has a 14-inch full HD IPS LCD display with a screen-to-body ratio of 82 percent. The laptop weights only 1.4 kg. It is powered by an 11th-generation Intel Core i5 CPU with integrated Intel Iris Xe graphics. The gadget is available with either 8GB or 16GB of RAM and a 512GB NVMe SSD. It is powered by Microsoft’s upcoming Windows 11 operating system, which will be available on October 5. Additionally, the laptop supports Dolby Atmos through top-firing speakers.

There are three ports for connectivity: a USB Type-C connector, an HDMI port, and a 3.0 USB Type-A port. Additionally, the camera has a privacy option that may be activated while the camera is not in use. The firm has yet to disclose the new laptop’s battery specifications. Additionally, the laptop’s selling page is temporarily unavailable.