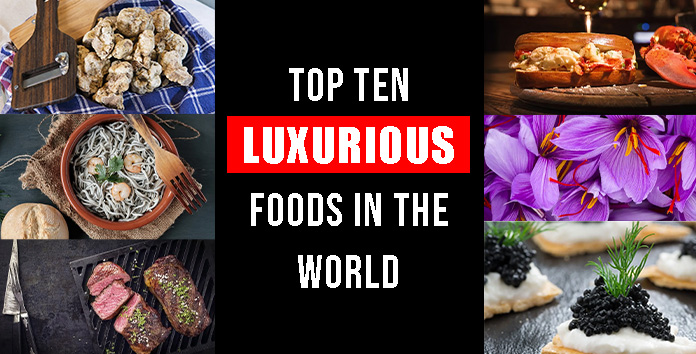 Explore the world’s top 10 most expensive meals and learn why they’re so sought-after. There is no better way to keep yourself occupied than by creating a taste-testing bucket list. 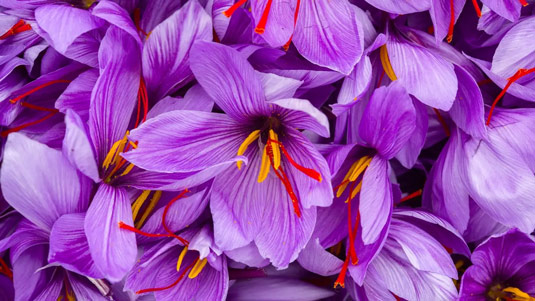 One pound of saffron spice requires 75,000 saffron flowers, since only a tiny portion of the blossom is utilised. With just a little quantity of spice produced by each plant and harvesting done manually, saffron costs a lot of money.
Saffron can only be found in the most costly and visually striking meals since it takes thousands of these blossoms to make just one ounce.

One pound (450 grammes) of saffron may cost anywhere from $500 to $5,000 in the United States – making it the most costly spice in the world 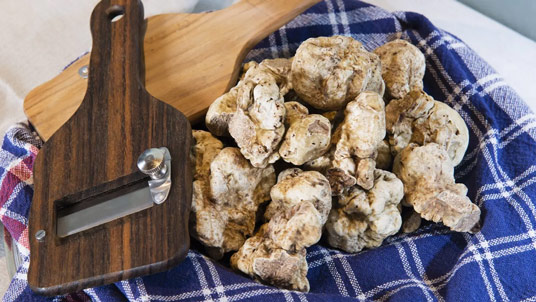 Usually, truffles are pricey because they’re difficult to cultivate, since they have no exterior layer. The Italian White Alba Truffle is one of the most opulent truffles in the world. It can only be found in certain parts of the globe at certain times of the year and in a certain location. Chefs use this kind of truffle infrequently since it costs an average of $85,000 for two pounds.

These white truffles have a more delicate flavour and scent. They are typically said to as having a mild garlicky taste and a musky scent, much like shallots. Traditional dishes may be elevated to a new level of flavour thanks to the savoury scent and delicate flavour. 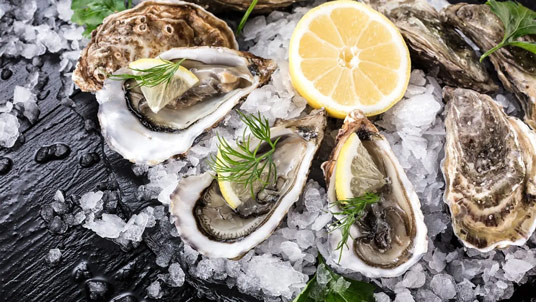 Bivalve molluscs that dwell in marine or brackish waters are sometimes referred to as “oysters.” Valves in certain species are severely calcified and uneven in form.

Oysters were formerly a basic diet for the lower classes, but today they are considered one of the world’s most expensive delicacies. Over 80 million of them were captured and sold by the seafood business in the 19th century. 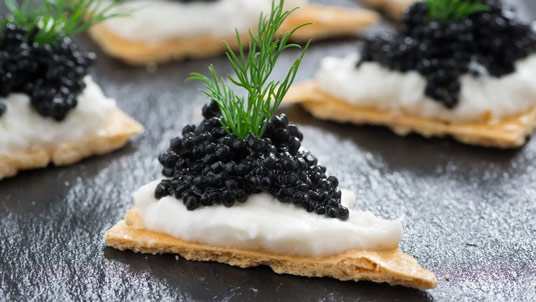 The salt-cured roe of the Acipenseridae family is the raw ingredient of caviar. Caviar is a delicacy that is served as a garnish or spread. Only wild sturgeon roe from the Caspian and Black Seas is considered caviar.

If you’re in the caviar industry, you’ll need to put a lot of time and money into cultivating and harvesting caviar. Sturgeon fish generate eggs that take six years to hatch. Older caviar is believed to be more precious, thus it may take longer to accumulate money. 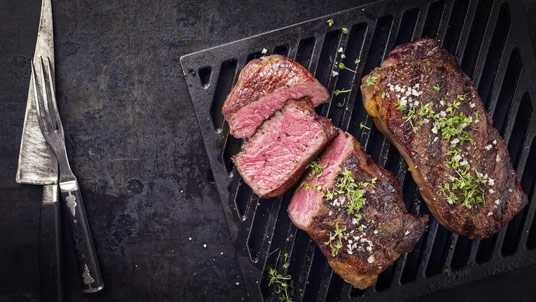 Japanese Wagyu (Cattle) Tajima-Gyu, which comes from Hyogo prefecture, is the most sought-after kind of Kobe beef. As a result of this and strict rules in the area, Kobe beef is the world’s most costly beef.Only 3,000 cows are used each year to produce the marbled steaks that are so prized across the world.

Why does the United States ban the import of Kobe beef?

In 2001, the United States prohibited all imports of Japanese beef, including Kobe, due to fears about mad cow disease.
Despite the fact that some of these restaurants served American-style Kobe beef (the product of crossbreeding Japanese cattle with American cattle), the prohibition assured that true Kobe steak never appeared on the menu. 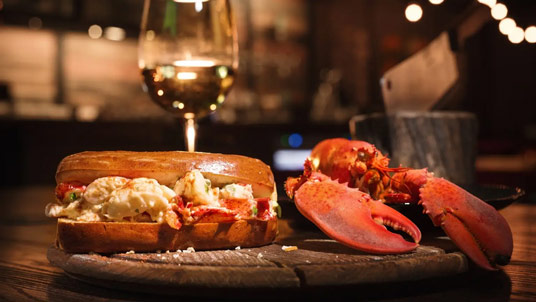 They belong to a group of marine crustaceans known as Lobsters. Long, muscular tails and a home on the sea bottom are the characteristics of lobsters. One pair of each leg has claws, with the first pair being significantly bigger than the others.

When it comes to lobster, every step, from capturing it to serving it, must be done with great care and precision. It also has some of the most beneficial effects on one’s health. In a post-COVID world, boosting your immune system is more important than ever. Eating lobster is a good way to do this. 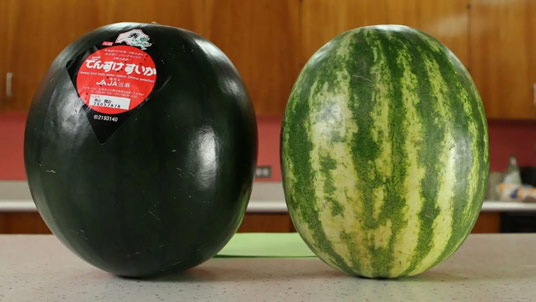 Watermelons with black skins are a rarity. They can only be purchased in large quantities of 250 or more for $6,000 apiece and are mostly found around the Japanese shore. People all across the world are willing to pay for the time and effort required to nurture these rare watermelons because of their distinctive flavour.

The sweeter it is, the more it may be sold for, much like other high-end fruits. Densuke watermelon’s price is influenced by its rarity. Only 100 of these watermelons are ever produced each year in Hokkaido. It doesn’t matter how much they cost, there are still people who will purchase them. 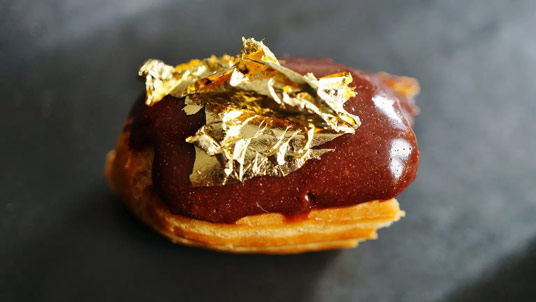 Real gold is utilised in edible gold leaf sheets, or loose-leaf gold sheets, as they are often referred as in cake and pastry. There is some naturally occurring silver in the 24 carat gold used to make the sheets.

When it comes to food, gold is the best-kept secret in the world. The material can be shaped into gold leaves that cost $15,000 per pound, which is why it is most often used as a decoration on expensive cakes and sweets.

Basque food is noted for its traditional and controversial delicacies like angulas, which are 2 inch baby eels (elvers).

Angulas, which are really tiny eels from Northern Spain, are frequently referred to as glass noodles. They hatch in the Gulf Stream and mature over a two-year voyage across the Atlantic Ocean. As a delicacy, they are sought after by many who would pay any amount to get their hands on them. 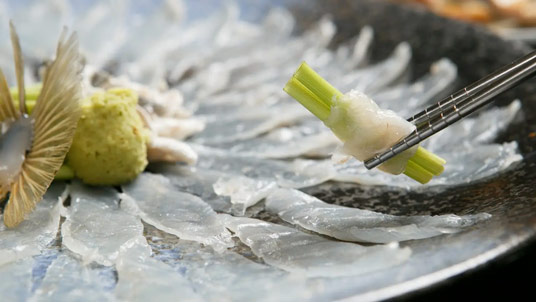 Fugu is a poisonous pufferfish that is served as a delicacy in Japan. To become a certified fugu chef, an apprentice must practise and study for over a decade. The fugu fish may be prepared in a variety of ways, but all of them come at a high cost due to the specialised skills and knowledge required to prepare the dish.

As a result of the strict regulations, although fugu may be deadly, considerably more people die each year from eating oysters than from consuming the fish. To compensate for the time and effort required to prepare this fish, its price has been raised.