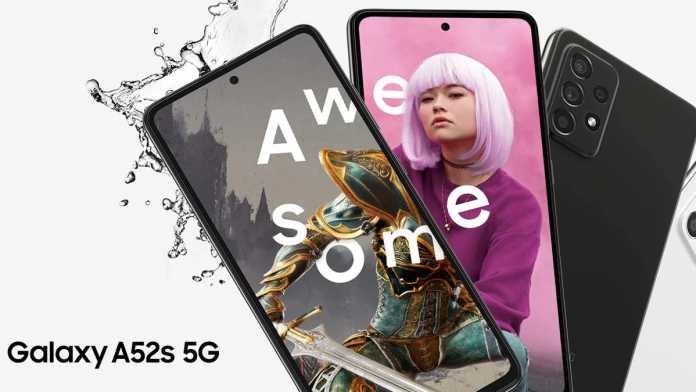 The 5G Galaxy A52s launch date in India has now been officially announced. Samsung Electronics’ South Korean subsidiary, Samsung Galaxy A52s 5G, will be released on September 1st, which is next Wednesday.

It has 6GB RAM + 128GB storage variant for Rs 35,999 after discount, per Amazon. We think there may be additional variants of the smartphone, even if the listing only has one. But there is no information available on variations from the phone maker at this time.

The A52s 5G worldwide edition of the Samsung Galaxy A52 is expected to reach the Indian market. This 5G Phone has a 6.5-inch full-HD+ Super AMOLED Infinity-O Display with a 120Hz refresh rate as per the specs. This phone has a 4,500mAh battery and supports a 25W rapid charge.

The phone is equipped with a Qualcomm Snapdragon 778G SoC, 6GB of RAM, and 128GB of internal storage. A microSD card may be used to increase the phone’s capacity to 1TB. The phone has an Android 11-based One UI 3 software installed.