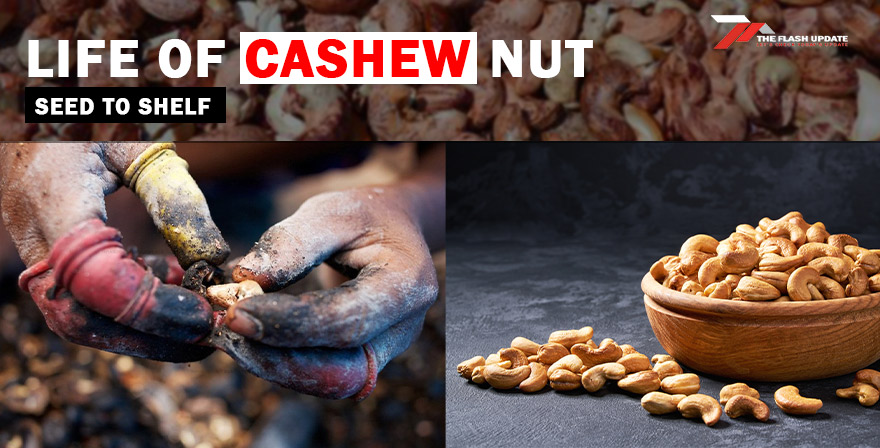 Life cycle of a Cashew Nut, seed to shelf

Food as we all know is very important for us, still, we as humans did the most humane thing we could possibly do, divided food items on various characteristics. There are fruits and then there are vegetables, along with many subcategories alongside these two.

Dry fruits are one of them, out of them all Cashew nut is one of the most appealing to the general public with its stable flavour and creamy nature. It’s also used extensively in sweet dishes as well, which makes it worth even more. Here’s how cashew seed moves from seed to shelf.

in this article we have mention Life of a Cashew nuts tree to ready product to eat and how it beneficial for human health.
A cashew seed is processed in factories with manual labour or with machinery. The final product is known as the cashew nut which goes through a lot of stress and beating. These are vital for our human body as they are rich in protein, iron, vitamin-b6, calcium, etc. Along with that, they have a good shelf life as well which obviously depend on its quality as well but on average they last for 6 months at room temperature kept in a dry place in an airtight container. 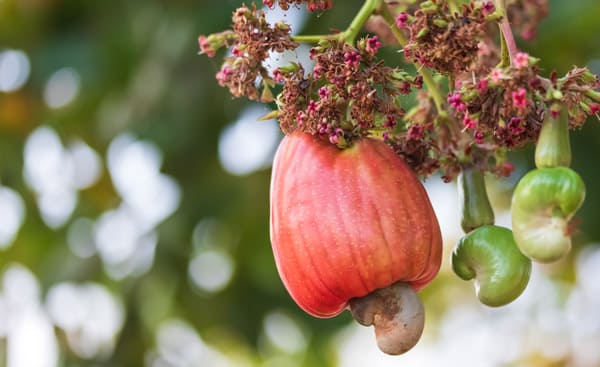 Many of you don’t know that these little nuts grow on trees and aren’t in this white colour from the beginning. They grow only in Tropical evergreen areas, where cashew tree thrives to produce cashew seeds and cashew apple pseudo fruit. It is grown all over the world but Ghana, Africa which is famous for it coffee beans and cashew seeds is preferred over every other option as they produce in big quantities yet at a cheaper cost.

So, let’s dive into the process straight away. It’s not how you think they are processed. I bet you’ll be amazed.

As the raw seeds of cashew are brought into the factory they are straight away sent to the roasting block. This is done in order to make the shell harder and separate from the actual nut inside. So, this process involves, putting these seeds into a furnace at 150-degree Celcius temperature approximately for 2 mins. Timing is very important as anything more than 2 minutes or less would not result in the cashew nut we see in markets. As they are taken out of the furnace, they turn from a raw seed to a hard shell, black in colour. Then they are moved to the shelling area immediately while they are hot. 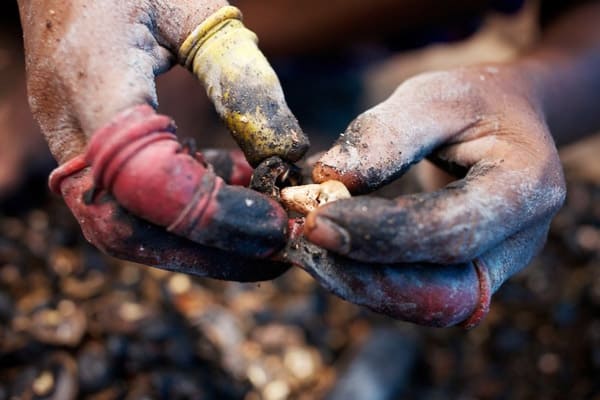 Here, these hard and warm shells are dipped in water and then beaten with a hammer or a wooden stick. You have to apply some force but making sure that the nut inside doesn’t break as the shell is hard but the nut isn’t. After the shell breaks, we see a similar looking nut which we see in local markets, but there is still work to do as it still has a peel over it which need to be removed. 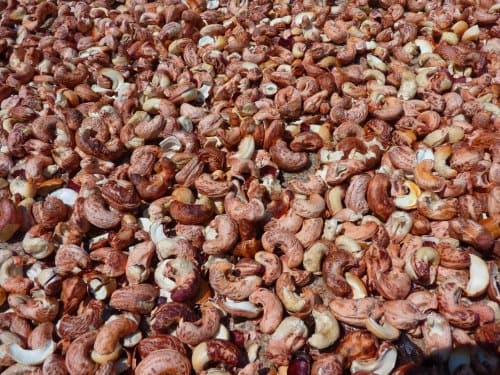 Trays full of wet cashews are kept in a drier, kept at 110 degrees stored in a chamber for one day. This process is crucial because we still have a peel over the cashew which isn’t easy to remove, to separate cashew from the layer this is done. Taken out of the storage area, these cashews are known as Borma cashews.

also read: Sperm Count and Motility May Be Improved by Eating Nuts: 5 Nuts Benefits You Should Know

Borma cashews are pale in colour with a removable layer on them which is removed manually or with a machine, but this step is very delicate as nuts are quite easy to break and a broken nut has less market value. So, the thin layer is carefully peeled off. Now we can see the cashew which is available to us, still needs a bit of refinement.

As we begin to see our product, it’s time to grade them according to their shape, quality and size. The best grade cashews are the ones that are white in colour and big in size, these are called, “The king cashews”. Divided and kept in separate containers, which are then taken to packaging.

These separated cashew nuts are then checked for impurities and if found, those impurities are removed. Again, a quality inspection is done, so that any unwanted element passes through. Packed and sealed in boxes of various sizes, they are sent to the buyers to enjoy. 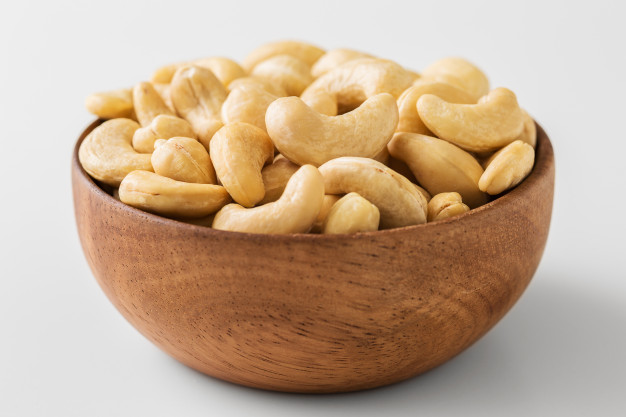 Cashew nuts are quite easy to eat but quite hard to process, we showed the journey of a seed from beginning till the end, from seed to shelf. So, the next time you eat a cashew nut, remember how much hard work is put into it. While the rest of us enjoy it.

Benefits of cashew nuts for male and female

Many people eat cashews on a daily basis without realising where they come from. When offered as a snack, the nut seems raw and natural, yet it is hazardous in its fresh-picked form. It cannot be eaten safely until it has been roasted.

Even after the appropriate heat treatment, the cashew’s skin must be removed in order to reach the delicious substance within. This labor-intensive method explains not just the cashew’s high price, but also its coveted position even among comparable nuts.

Cashews are indigenous to Central and South America, as well as a few of Caribbean islands. They have been enjoyed for thousands of years in various locations.

The nut was first discovered by Europeans in the late 1500s. They swiftly spread to India and portions of Africa after that. They were not well-known in the United States until the General Food Corporation started exporting them in bulk during the 1920s. Americans, on the other hand, are now among the world’s most devoted cashew users.

Health Benefits in cashews
Cashews, which are high in protein, healthy fats, and antioxidants like polyphenols, provide a number of remarkable health advantages.

Cholesterol levels have been reduced
Cashews have traditionally had a poor image for containing saturated fat, however this may not be as harmful as the saturated label implies. Stearic acids, which make up a large portion of the fat in cashews, are thought to have a neutral effect on blood cholesterol. According to research, persons who consume a tiny amount of cashews every day had a slight decrease in LDL “bad” cholesterol.

Preventing Heart Disease
Because of their high magnesium concentration, cashews may assist to prevent heart disease in addition to decreasing LDL cholesterol levels. Magnesium supplementation may lower the risk of ischemic heart disease, which happens when the heart does not get enough blood.

Prevention of Stroke
Cashews contain magnesium, which may assist to lessen the risk of stroke. This is especially true for hemorrhagic strokes, which are caused by a weakened artery that ruptures and pours blood into brain tissue.

Diabetes Prevention or Management
Cashews have a low carbohydrate content, particularly when compared to other popular snacks. This reduces their influence on blood sugar, making them an excellent choice for those with type 2 diabetes as well as those wanting to avoid the disease.

The name of Cashew nuts in other language in different places