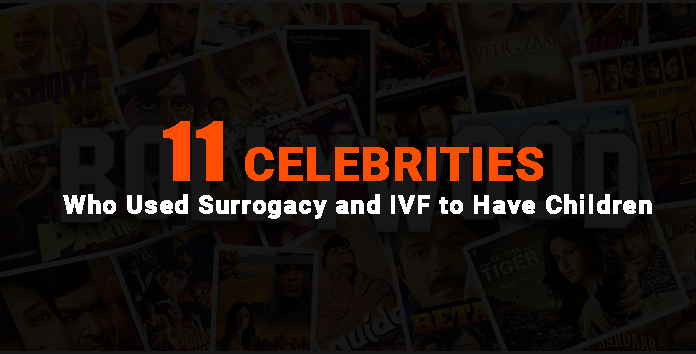 Here we have listed 11 Celebrities Who Used Surrogacy and IVF to Have Children with news18 sources:

Preity Zinta, a Bollywood actress, and her husband, financial expert Gene Goodenough, revealed Thursday that they had become parents to twins — a boy and a girl — through surrogacy. Zinta, who has been mostly away from the spotlight, said that they have named their newborn children Jai and Gia.

As Preity continues to grow her family, we take a look at other Bollywood celebrities who have given birth through IVF or surrogacy.

01. Shilpa Shetty
Shilpa Shetty announced the birth of her second child, a baby girl called Samisha, through surrogacy in 2020.

02. Aamir Khan
Aamir Khan and Kiran Rao welcomed their son Azaad via in vitro fertilization in 2011. Aamir has also urged couples to experiment with IVF and surrogacy without fear of being stigmatized for their inherent flaws.

04. Sohail Khan
Nirvaan, Seema, and Sohail Khan decided to conceive another child ten years after the birth of their first. When this did not occur spontaneously, they, too, sought medical assistance and chose IVF surrogacy. Yohan, their second child, was born in June 2011, around 13 years after they married. According to reports, they also advocated surrogacy for Shah Rukh Khan and Gauri Khan.

05. Farah Khan
Farah has explained how surrogacy may be a life-changing experience for couples who are trying to conceive. Farah was 43 when she gave birth to her triplets in February 2008. “IVF is a blessing, and I am eternally grateful for how it has altered the course of my life. Numerous circumstances contribute to some couples’ inability to conceive nowadays, but we have options in the form of medicines,” Farah said in a statement.

06. Karan Johar
Karan Johar became a joyful father to twins Yash and Roohi via surrogacy. In February 2017, the twins were born.

07. Tusshar Kapoor
Tusshar became a single dad through surrogacy to his newborn child Lakshya. Lakshya was born in June 2016 and became Jeetendra and Shobha Kapoor’s first grandchild. Tushar is still unmarried and is raising his kid alone.

08. Ekta Kapoor
Producer Ekta Kapoor became a single mother in January 2019 when her son Ravie was born through surrogacy. Additionally, she is a devoted aunt to Tusshar’s kid Lakshya. Tusshar, too, chose surrogacy and is raising his baby alone.

09. Sunny Leone
Sunny Leone and her husband Daniel Weber were gifted with twins after their surrogacy decision. In 2018, the twins were born.

10. Shreyas Talpade
In May 2018, actor Shreyas Talpade and his wife Deepti became parents through surrogacy. Aadya was the couple’s daughter’s name. The couple was married for 14 years before deciding on surrogacy.