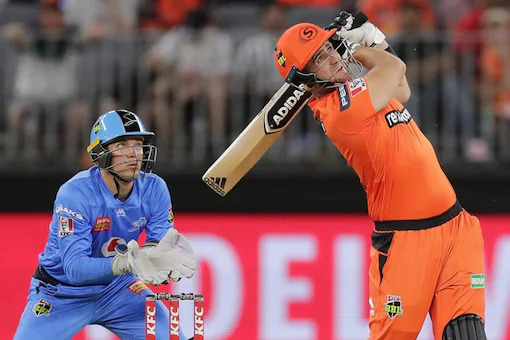 IPL 2021 is going to resume in September 19 : Tim David, Liam Livingstone, Nathan Ellis and others who can Become IPL Stars

Due to the pandemic’s unpredictability, as well as local and international obligations, some of the game’s greatest stars have dropped out in droves ahead of the IPL’s second phase in 2021. After a COVID-imposed hiatus this season, the 14th edition of the IPL returns this weekend in the UAE for the second time.

In the meantime, IPL teams scrambled to find replacements to bolster their rosters. Their separate talent-hunting teams search the globe for fresh talent at breakneck speed, scouring countries and leagues. While incorporating raw talent into a team is difficult, here are some of the new recruits who could light up the upcoming T20 extravaganza.

Tim David from Singapore – Royal Challengers Bangalore: RCB’s new recruit is touted as one of the busiest men in world cricket. In franchise cricket, the all-rounder has competed in eight tournaments in six different countries. The 25-year-old is coming off a successful Caribbean Premier League (CPL) season, and he’ll look to continue his good form for RCB in the IPL. David has a T20 strike rate of 154 in 61 games and an average of 36, indicating that he can smash big and score consistently.

Liam Livingstone from England – Rajasthan Royals: The English all-rounder remains one of the most sought after T20 freelancers in global cricket. The 28-year-old, whohas participated in the Big Bash League and the Pakistan Super League among others, will now take-up batting duties for the Rajasthan Royals. Livingstone can bowl leg and off-spin to left and right-handed batsmen, in addition to his destructive batting and ability to demolish spin.

Nathan Ellis of Australia – Punjab Kings: The Tasmanian seamer, who took a hat-trick on his international debut for Australia, will be looking to make the most of his opportunity in the UAE. Ellis rose from club cricket to the world’s top T20 competition in only 24 months, due to years of hard effort and the chance to train/play with Tasmania. With his speed and height advantage, as well as accurate yorkers and well-hidden slower balls in his arsenal, the 26-year-old will be keen to make an impression in the IPL.

Wanindu Hasaranga from Sri Lanka – Royal Challengers Bangalore: It’s still a mystery why the leg spin bowling all-rounder went unsold in the IPL’s last auction. Meanwhile, the Sri Lankan cricketer maintained his transformation into a modern-day short-format player. With his angles, pace, and skid variations, Hasaranga can open the bowling and frustrate batsmen all over the line-up. In the ICC T20 bowlers’ rankings, he is second behind Tabraiz Shamsi with a T20 economy rate of 6.39 and an average of 15. The all-rounder recently won the Player of the Series award for his three-wicket haul against India in July. After a struggle, RCB signed him as a substitute for Australian leggie Adam Zampa after that performance drew notice.

Ben Dwarshuis of the Delhi Capitals is an Australian left-arm quick medium with a tongue-twisting name who is known for his accuracy and wit. His bowling is drawing praise for his natural ability to take wickets with yorkers and cutters, which often leave batsmen perplexed. Dwarshuis has taken more wickets in the death overs in the last three Big Bash League (BBL) seasons, and the Delhi-based franchise will be eager to apply that skill set in the IPL.

George Garton (Royal Challengers Bangalore) is another English bowling all-rounder with a quick run-up who regularly clocks over 90mph. Garton, after missing the Ashes 2017-18 season due to an injury, joined the T10 League where he emerged as the top wicket-taker. He also plied his craft in the Hundred, when his form pushed the Southern Brave to the championship by snagging 10 wickets. Along with the standard slow bouncers and yorkers, the left-arm speedster can also seam the ball back into the right-handed batsmen.

New Zealand wicketkeeper-batsman Glenn Philips – Rajasthan Royals: A rare entity, the Kiwi wicketkeeper-batsman is both an acrobatic slip-fielder and an effective off-spinner. In the just completed CPL 2021, the gloveman wowed everyone with his boundary-hitting abilities for the Barbados Royals. In T20 cricket, Philips has a strike rate of 144, and he’ll be looking to break the IPL six-hitting record.