A heart-thumping thriller, Netflix announces Money heist season 5 release date. People have been waiting for this, as Álvaro Morte, Úrsula Corberó, Pedro Alonso and the rest of the crew will return to give another great performance. The teaser for the latest edition of seasons is released, which looks promising and has been able to create the hype needed

Netflix on May 24th, 2021 posted on Twitter announcing there will be two parts of the finale. Volume 1 will premiere on September 3rd, 2021, while volume 2 of the series will be on our devices on December 3rd, 2021, exactly 3 months later. 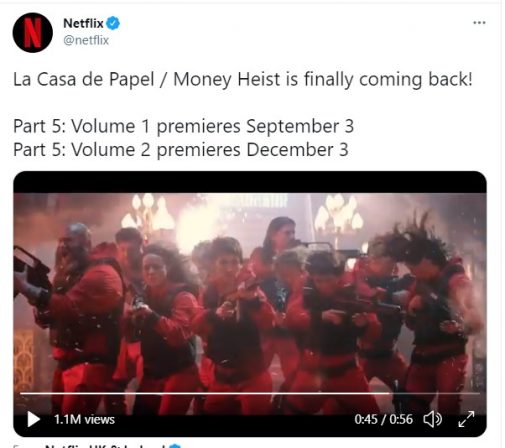 “What began as a robbery will turn into a war,”, said the Netflix description of Money heist, the ultimate battle at the Bank of Spain.

Performances of the actors have been quite satisfying till now, with the doctor creating tension and Tokyo being savage. 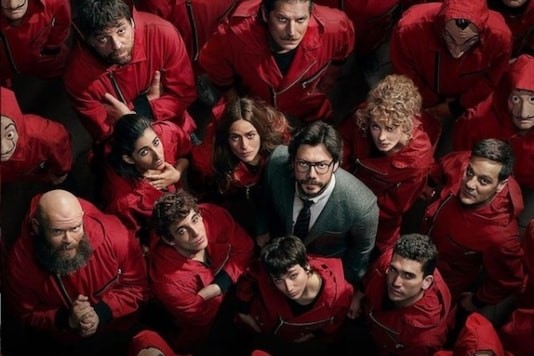 Why Money Heist season 5 is in two parts?

The maker of the show, Alex Pina, after the teaser has said, “used every tool we could to create the sensation of a season finale or series finale in the first volume itself,”. That’s why there are two parts of the season, also this would hype the second part and Netflix can really cash in on this marketing strategy.