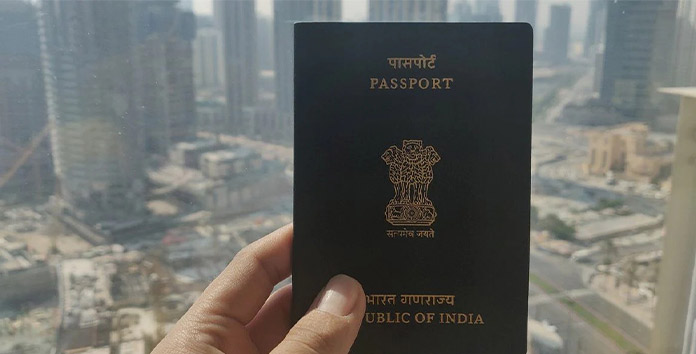 What is e-passport in India?
An e-passports, often known as a digital passport, provides the same function as a regular passport. The e-passport, on the other hand, has an electronic microchip that contains the same information as the printed passport, which is a booklet provided to citizens, containing the passport holder’s name, date of birth, and other facts.

Finance Minister Nirmala Sitharaman said in her Budget address on February 1 that the government would implement e-passports in FY22-23.

“The issuing of e-passports will be pushed out in 2022-23 to improve citizen convenience,” Sitharaman stated today during her Budget address.

India might soon begin issuing e-passports that employ radio-frequency identification (RFID) and biometrics, according to Sanjay Bhattacharyya, Secretary to the Ministry of External Affairs.

The new passports, according to Bhattacharyya, will make it much easier to go past immigration checkpoints and will meet the International Civil Aviation Organization’s criteria.

The new passports’ jackets are planned to have an electronic chip with essential security information.

But what differentiates an e-passport from a regular passport?

While an e-passport seems to be identical to a traditional passport, it has a tiny electronic chip similar to those used in driver’s licences.

All of the information written on the passport is intended to be stored on the microchip, including the name, date of birth, residence, names of parents, and other facts.

Instead of the optical reader that is now used to scan passports, the electronic passports will be scanned using a chip reader.

How does the e-passport work?
An electronic chip is included in an e-Passport. The chip contains the same information as the data page of the passport: the holder’s name, date of birth, and other biographic information.

How do I know if I have an e-passport?
What is the looks of a biometric passport? Looking at the cover of your passport is the easiest method to determine whether it is biometric. It’s biometric if there’s a little, gold camera logo at the bottom.

Are USA passports E-Passport?
Since 2007, all passports issued in the United States have been ePassports. Given the ten-year validity of U.S. passports, all valid American passports should now be biometric passports.