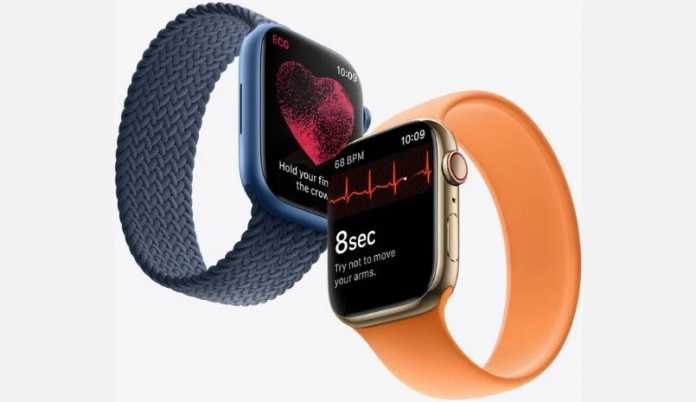 The Apple Watch Series 7 will be released in India on October 15, with pre-orders beginning on October 8 at 5:30 PM IST. The device will be sold via the company’s official website, Apple Authorized Resellers, and select carriers.

The Series 7 is available in 41mm and 45mm case sizes, both of which house the always-on Retina display. According to the company, the display is 70% brighter than the Apple Watch Series 6. The device has functions such as blood oxygen saturation (SpO2) tracking and real-time tracking. It can also detect and report on atrial fibrillation (AFib) and give an electrocardiogram (ECG).

The watch has an IP6X dust resistant certification as well as a WR50 water resistance rating. According to the company, the device can last up to 18 hours on a single charge and has 33 percent quicker charging than the previous version.

for more information on series 7 visit on apple official website