The clubhouse is losing popularity: the number of downloads of the application is inexorably decreasing day by day. Not that no one expected this, but still, the speed of the downfall is surprising. Let’s figure out why this is happening.

Yes, by observing the no. of downloads in February and March, we can say the social network hype is dying out. Amid this news, there are rumours that Twitter is considering acquiring the dying social network. According to Bloomberg, Jack Dorsey’s company offered the founders of the Clubhouse four billion dollars, but something came to a standstill.

Also visit: Forwarded images on WhatsApp taking up space? Here’s how to stop auto-download on WhatsApp

Clubhouse losing popularity | What are the reasons behind it?

There are several assumptions. According to experts, Clubhouse is designed in such a way that it is difficult for it to retain users. Young people are not ready to spend half an hour on a conversation at the Clubhouse in order to understand whether they are interested in it or not.

Finally, the concept of “clubhouse” was adopted by other social networks. After all, it is not technically difficult to implement it. Something similar has already been introduced by Telegram; an analogue of Clubhouse is being prepared by Twitter and Facebook.

Maybe in the future, the Clubhouse will leave our life as imperceptibly as it came into it. The hype is short-lived, and the clubhouse doesn’t have many retention tools.

What you think is Clubhouse losing popularity? Make sure to comment with your opinion.

TOPIC: MANVIYA FOUNDATION: A NGO which is wholly devoted to education and health care services of children’s in Nepal

Manviya Foundation is a non-governmental organization  (NGO) registered under the Nepal Social Welfare Act 2049 B.S(1992 A.D). Manviya is a Sanskrit word which means “Humanity”. Manviya Foundation is Founded by a group of youth students who are quite energetic and passionate towards NGO and Charity for the betterment of society and nation.

It was initially planned to have registered in collaboration with International Non-Governmental Organization (INGO) working in Biratnagar but finally, they decided to register individually with an objective:-

Due to its Fascinating objective, it makes this foundation different from other NGOs. Its alluring objectives are likely to hike from earth to the sky. The work they are doing may construct an “educated and healthy” society. One of the founders’ members told that they are Road Mapping to provide “Qualitative and Healthy” personnel to the Nation in a few consecutive terms of years.

MANVIYA FOUNDATION: A NGO which is wholly devoted to education and health care services of children’s in Nepal 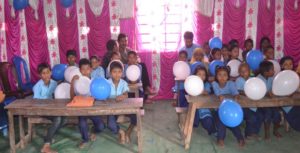 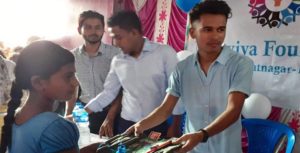 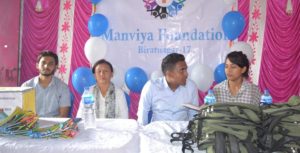 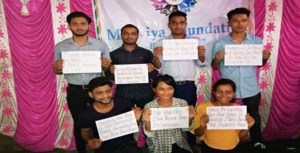 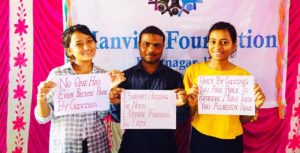 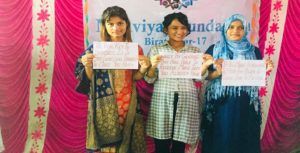 posted by: The Flash Update