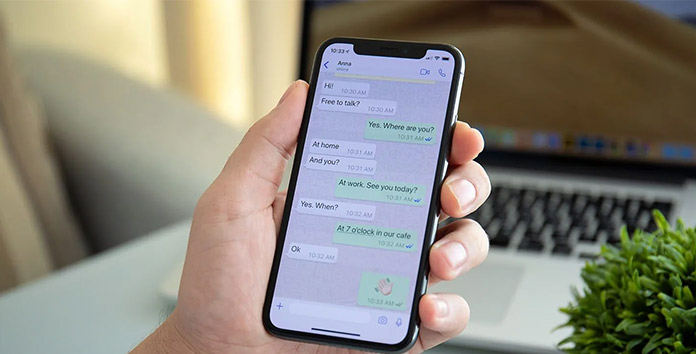 The instant messaging app WhatsApp, which is owned by Meta, will stop working on some iPhone models on October 24. WABetaInfo says that Apple is telling some iPhone users that WhatsApp will no longer work with their phones. The messaging service will stop working on iPhones running iOS 10 and iOS 11 software. Reports say that WhatsApp has started sending warnings to iPhone users who are using the iOS 10 or iOS 11 versions of the program. People who use the messaging app have already gotten a message telling them that they won’t be able to use it on their phones for a while.

iOS 10 and iOS 11 are not used on many iPhones, and this will only affect the iPhone 5 and iPhone 5c. If the software on your iPhone is older, please update it right away. To check if your iPhone is running the latest software, go to Settings > About > Software update.

In India, WhatsApp has shut down more than 23 lakh accounts in the month of July. WhatsApp just put out its monthly report, which shows how many requests it got to ban people. Under the Information Technology (Intermediary Guidelines and Digital Media Ethics Code) Rules, 2021, WhatsApp has to put out a report every month. From July 1 to July 31, WhatsApp banned 23,87,000 accounts. Out of these accounts, 1,416,000 were banned before users even told the company about them. The action was taken to address the complaints that WhatsApp users in India sent in through the app’s complaints system.

also read: WhatsApp multi-device now works without internet: How to use

For those who don’t know, WhatsApp uses a number of safety features and controls to find any fraud on the platform. The company, which is owned by Meta, says it has a team of engineers, data scientists, analysts, researchers, and experts in law enforcement, online safety, and technology development to oversee these efforts.

Apple is getting ready to release the iPhone 14 line on September 7. Reports on the Internet say that the next models will have low earth orbit (LEO) satellite communication so that users can make calls and send messages in places where there isn’t cellular coverage. Tim Farrar, a satellite communications consultant at the California research firm Telecom, Media and Finance Associates, says that Apple and Globalstar may announce their own satellite connectivity feature for the iPhone. Globalstar owns a group of LEO satellites, and Apple is about to say that the next iPhone will be able to connect to them.

WhatsApp Messenger, or just WhatsApp, is a messaging service that works on many different devices. It is owned by Facebook, Inc. It lets users send text messages and voice messages, make voice calls and video calls, and share images, documents, user locations, and other media. Facebook made the Facebook Messenger app and platform in the United States. It lets people send messages, share photos, videos, stickers, audio, and files, respond to messages from other people and chat with bots, and make voice and video calls.

What makes WhatsApp Messenger different from Facebook Messenger are the following: